At this apartment anyway.  Next month I am moving to Spokane after 30 years of living in Seattle, 20 here in West Seattle and 9 at this apartment which is where this blog was born.   A number of factors are contributing to the move, I have been thinking of Spokane for a while as I have family there and its a lower cost of living than Seattle.  My landlords here in West Seattle are also incenting us to move so they can update and charge more rent and I figure if they are paying for the move I was going to do anyway then why not?  Finally I have remained in West Seattle in part to be close to my daughter but she is heading off the college in Ellensburg in September which brings me to the build... 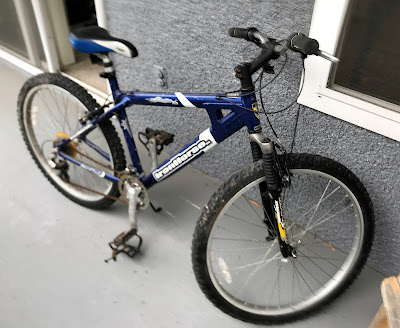 My ex had a free mountain bike under her porch,  an Iron Horse Sonic XS it fits my Daughter and she likes it and did I mention it was free? 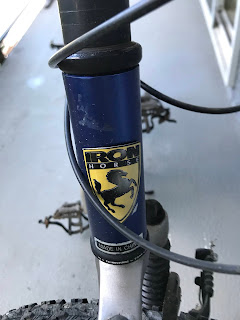 So a great campus bike candidate. 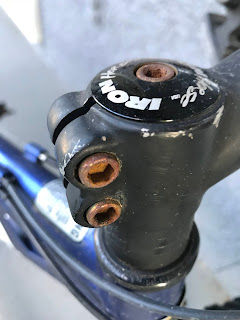 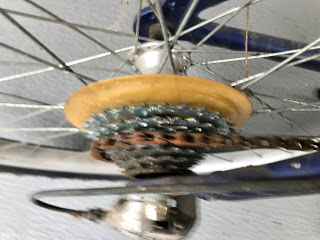 Its got some rusty bolts and a rusty chain and the brakes are mushy,  but the rear shifting is fine and the front just needs some minor tweaking. 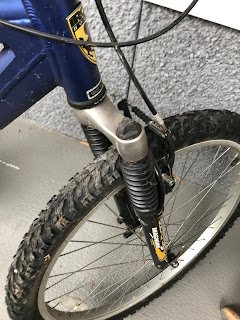 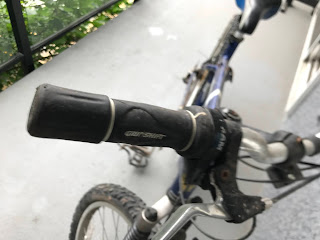 I would not have chosen a suspension fork or grip shifters BUT its free and that is a good place to start. 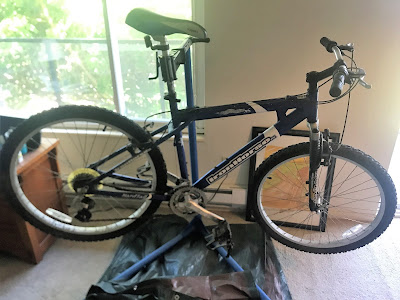 I have most of what I need in the parts bin, cable chain etc.  My daughter likes the knobby tires so they will stay and I can probably get most of what else I need for less than a C note.  She will be off to school with a lock, pump, rack and panniers, spare tube and multi tool tire irons etc.  enough to mend most minor issues.

I am trying to tread the line between making it very nice for my daughter and just keeping it functional and safe since as a bike used on a college campus the odds of it being stolen are pretty high, which is why I am not worried about it not being exactly what I would have chosen and instead I am focused on making it mechanically sound.