A few 2015 upgrades for the Motobecane Grand Touring

I am not one for resolutions but I would like to ride more in 2015.  To that end I did some thinking, and some shopping, about what would make riding easier in 2015.  Last year I finally found a bike I had spent a number of years looking for.  In rebuilding old 10 speeds I had developed a fondness for Motobecanes.  About 4 years ago I built up a Motobecane Nomade II, this was an nice bike but an entry level 10 speed I had every intention of selling.  When I test rode it, however, I was amazed at how well it fit, so I measured it very carefully with the thought that I would find a higher end MB someday to fix up for myself.  That day finally came last may when I came across this 1978 Motobecane Grand Touring on craigslist. 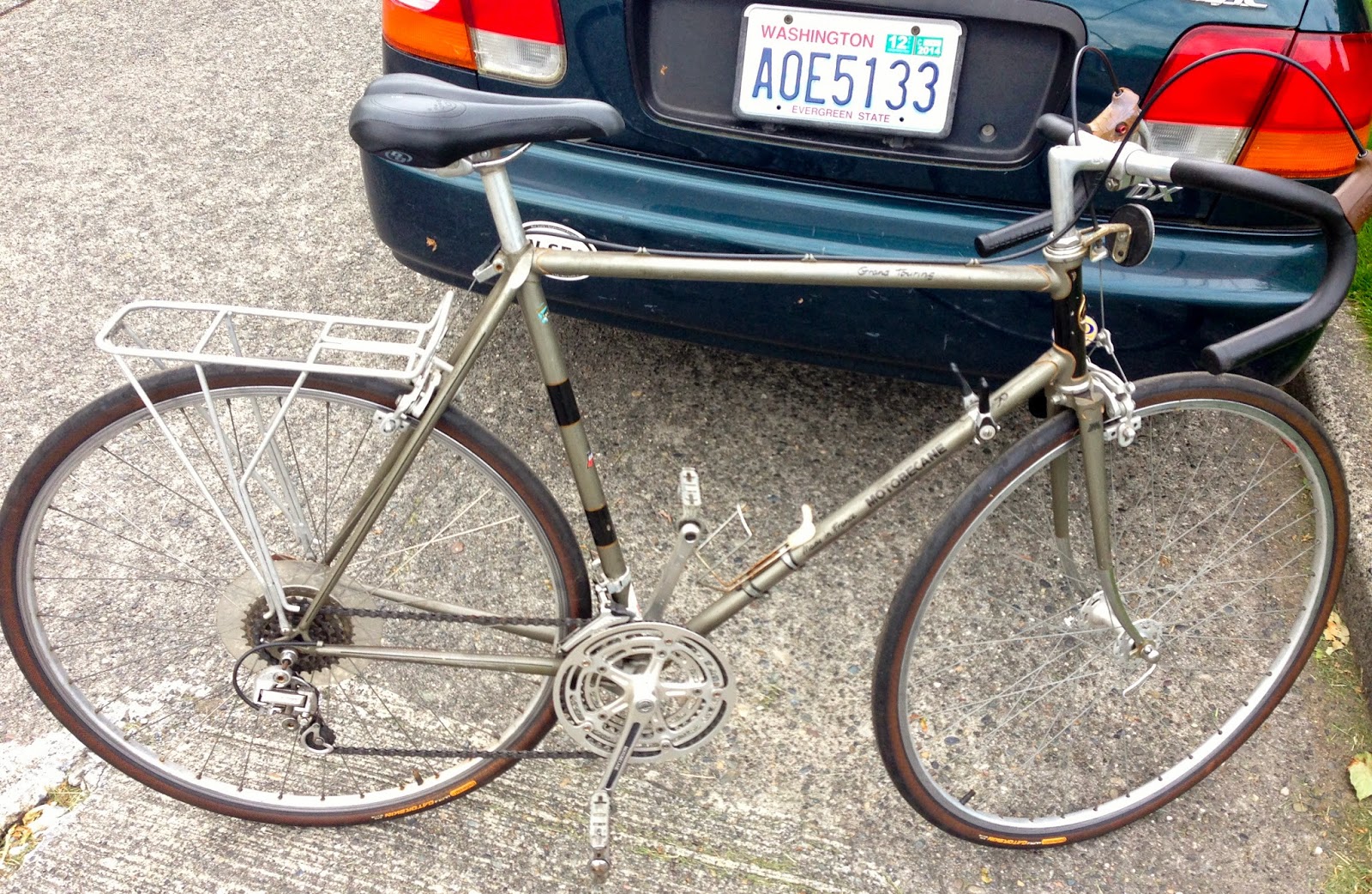 My reality for 2015 is that I am older, not very fit and live in a very hilly place so going with a completely stock 1978 Motobecane isn't going to work for me.  My first priority was to get gears that would make riding in my hilly neighborhood easier.  I had been eyeing the Velo Orange 46/30 Grand Cru crankset which I like not only for its hill friendly gears but also for its style, so that was the first thing in the shopping cart once I found a deal online. 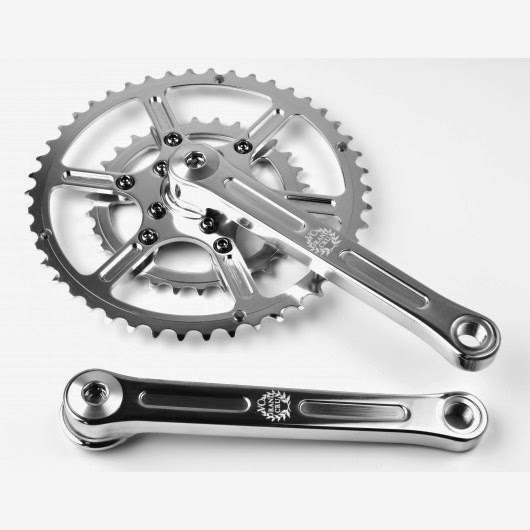 To complement this new crank I figured I would go with a new bottom bracket, which is a bit tricky because for this year of Motobecane it's possible that the BB is;  French threaded, Swiss threaded or even English!  To avoid the potential problem of choosing the wrong BB I decided  to go with a  VO Grand Cru threadless BB.  I will let you know how that turns out when I install it but one thing that convinced me to go this route was that the existing threads can still be used after the threadless BB is removed, so I can also go back to the stock set up if I want.

To complete the new crank set up I picked up a pair of my favorite pedals the Shimano PD 324's, which gives me the ability to jump on the bike in sneakers or clip in for a "serious" ride while retaining a classic look.

One thing I did not like about the bike when I got it were the brake levers.  They are obviously modified "safety lever" controls and I don't like the look.


So I went with some nice Origin8 levers that are kind of a poor mans version of the TRP levers I put on my Velo Orange Rando  build.


I also have a Carradice Barley bag on order from the UK, this bike is called a Grand Touring after all. I don't know about the "Grand" part but I would like to get out and do some B&B overnights with this bike.
I also have a few ideas about the cable housing and bar wrap combination but I will save that until I actually get it done.  In the meantime I have a Torpado Alpha to finish up but this gives me something to dream about and strive for in 2015,  a nice day long ride in say Portland Or, to a McMenamins pub for a well earned burger and a pint and a place to lay my head.